Hudson’s Listowel Kia would like to acknowledge our service manager, Terry Hays, who won the Service Manager Challenge for Kia Canada’s entire Central District Region. This challenge ran from May – November 2018 and was based on achievements in 6 categories of customer satisfaction criteria. Congratulations to Terry and the entire service crew at Hudson’s Listowel Kia! They will continue to strive to meet our customer’s expectations each and every service visit. 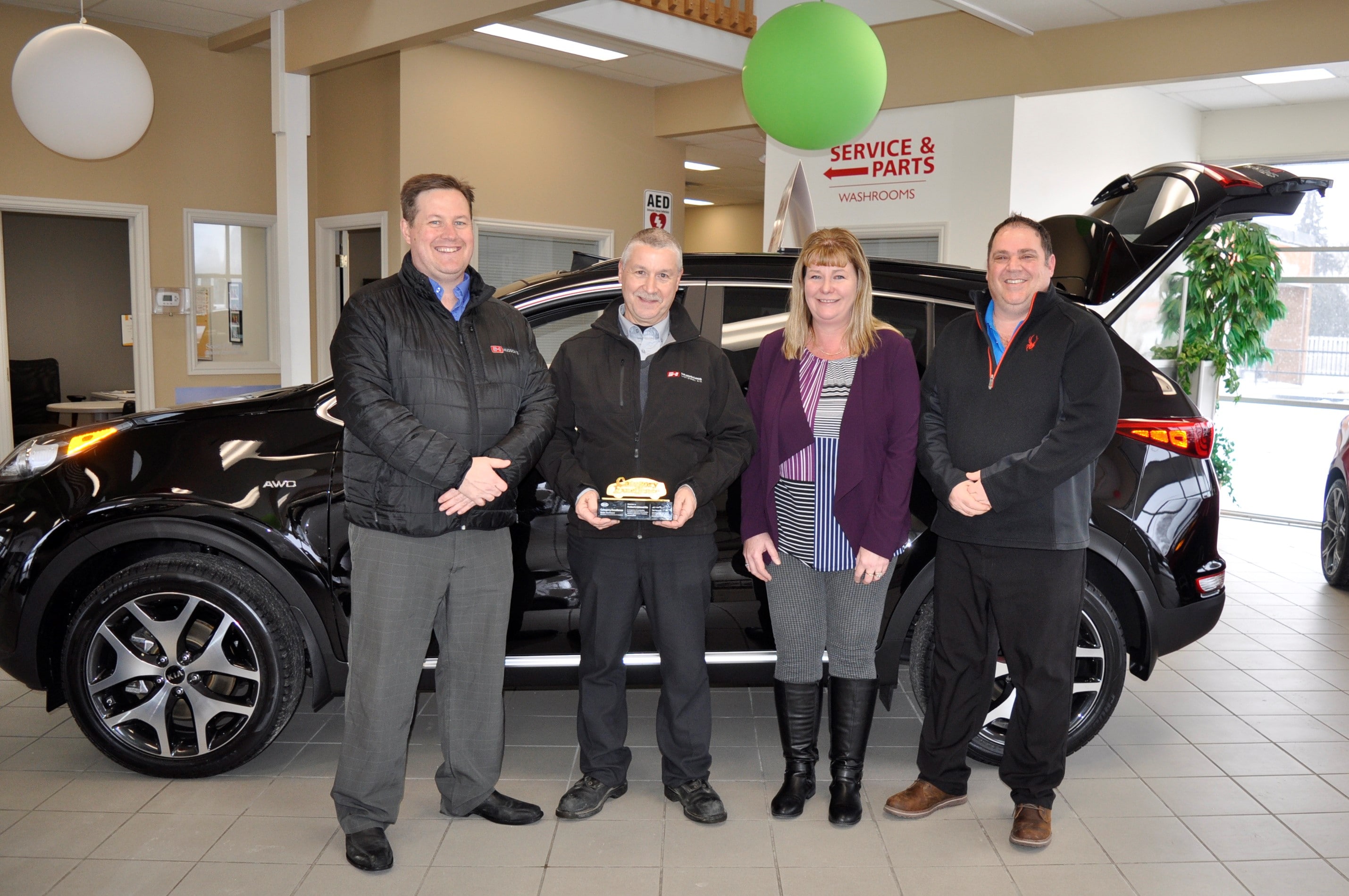 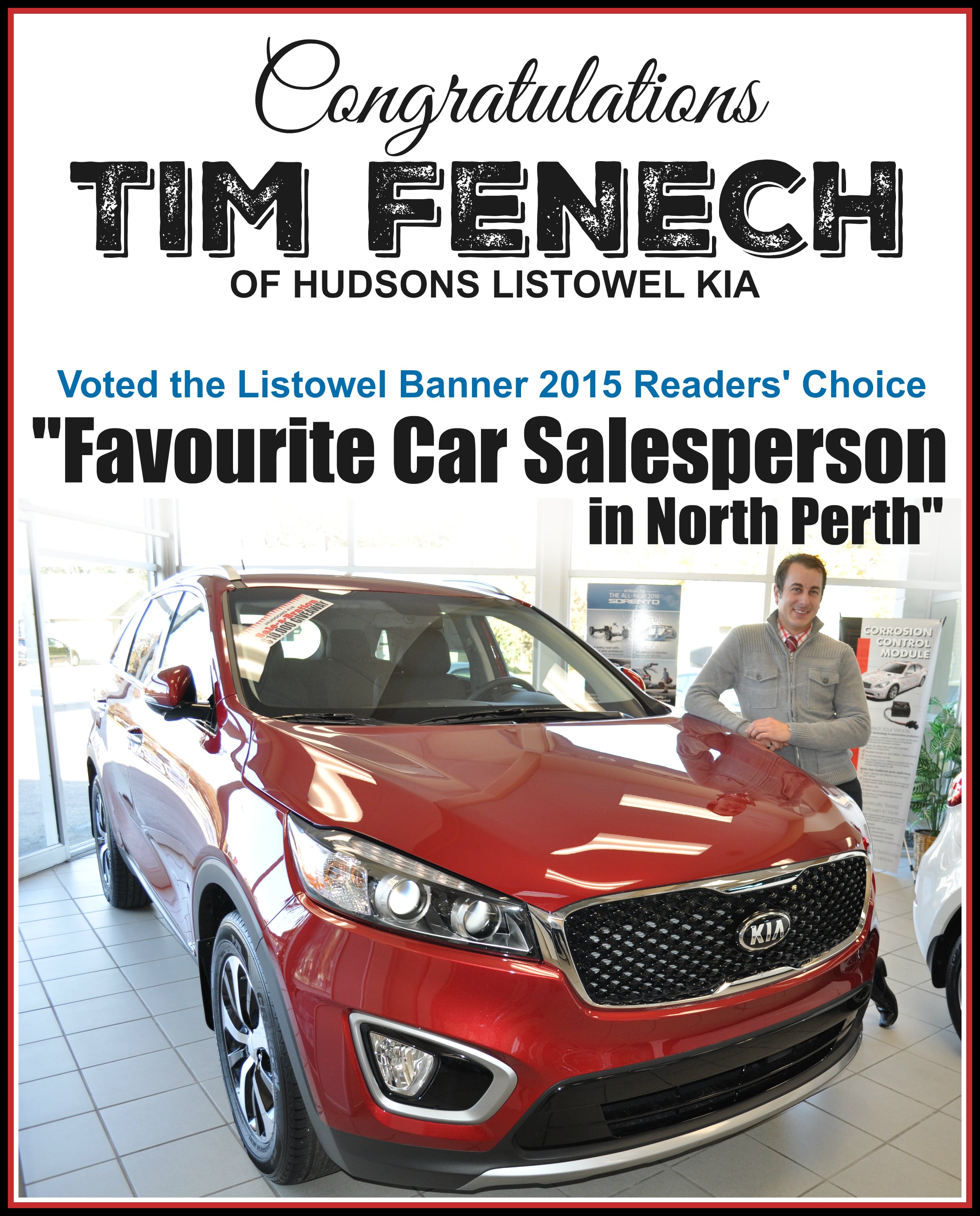 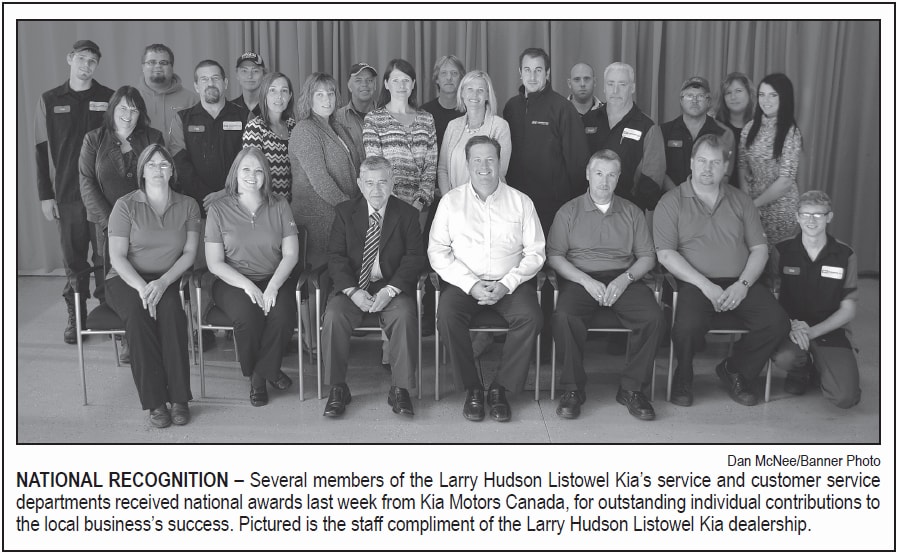 Hudson's Listowel Kia was presented with the Customer Satisfactory Award in the Service Department for achievement in dealership standards by Kia Canada. The dealership ranked #1in their district. Customer's of the establishment were surveyed and asked to evaluate Hudson`s Listowel Kia based on: 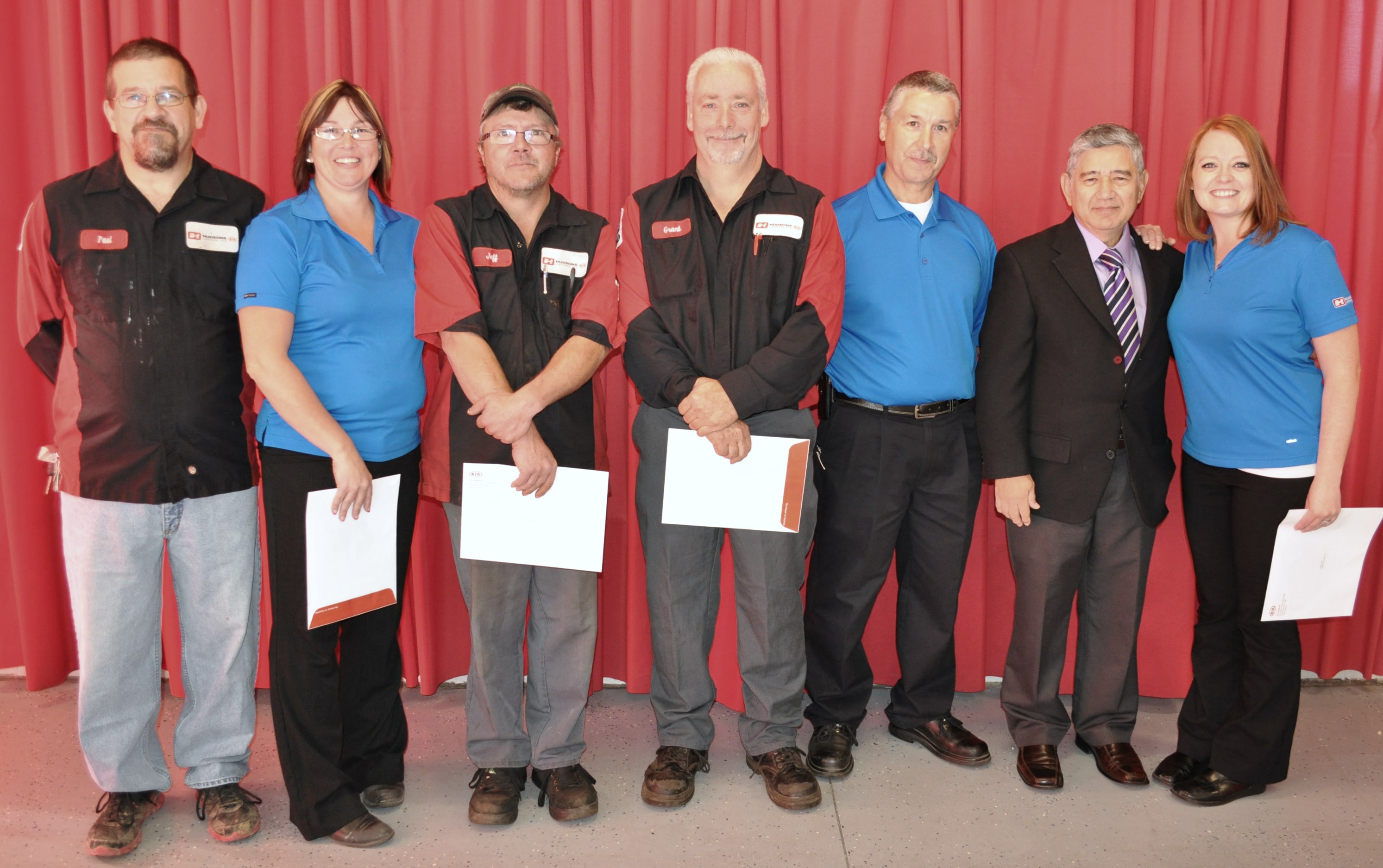 NATIONAL RECOGNITION - Hudson's Listowel Kia was presented with an Award of Excellence for achievement in dealership standards by Kia Canada, one of only three such awards presented nationwide. Pictured accepting the award from Kia Canada district sales manager Helen Soklis is Hudson Kia dealer principal Sean Hudson and the staff compliment of the Listowel dealership.

LISTOWEL - Hudson's Listowel Kia can say that it is truly one of the finest dealerships nationwide, after receiving a prestigious award from Kia Canada last week. Kia Canada district sales manager Helen Soklis presented the Listowel dealership with an Award of Excellence for achievement in dealership standards on Jan. 30 - one of only three such awards handed out annually by the company nationally. Excellent customer service was one of the major mitigating factors in Hudson Kia receiving the award. "It means we are one of the best Kia dealerships in Canada," said the Hudson's Listowel Kia sales manager.